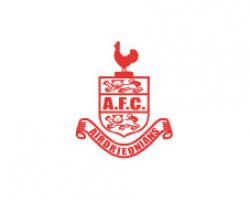 Airdrieonians 3-3 Stranraer: Match Report - view commentary, squad, and statistics of the game as it happened.Forde snatches point for StranraerA last-minute equaliser from Stranraer's Adam Forde robbed Airdrie of the chance to seal their first victory of the season in a 3-3 draw at the Excelsior Stadium.Stranraer were a goal up inside the first 10 minutes, when the Airdrie backline failed to deal with a simple cross into the box, allowing Jamie Longworth to rifle home.But their joy was short-lived as a quickfire double from Airdrie put them 2-1 up

Skipper Patrick Boyle drew the home side level with a well-struck free-kick from 20 yards before loanee Bryan Prunty capitalised on strike partner James Lister's clever chip to the far post to nod home.Stranraer's Craig Malcolm deflected home Willie Gibson's strike in the second half, before Airdrie's Luca Gasparotto looked to have given Airdrie all three points when he rose late on